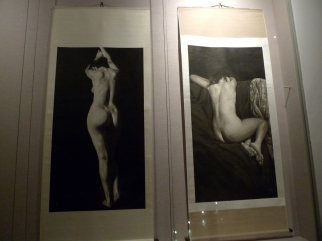 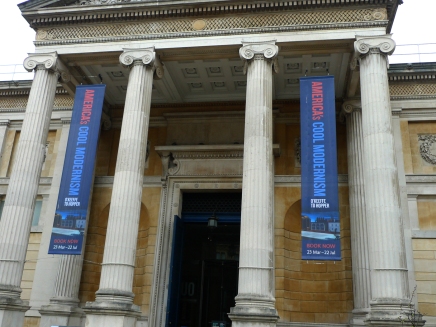 Visited Oxford to see the Modernism exhibition as the write up says some really interesting pictures in this exhibition and it lived up to the modernism tag.

“This is the first exhibition to explore the ‘cool’ in American art in the early 20th century, from early experiments in abstraction by artists like Georgia O’Keeffe, Arthur Dove and Paul Strand to the strict, clean precisionist paintings of Charles Sheeler and Charles Demuth.

See incredible loans from the Metropolitan Museum of Art, New York, and the Terra Foundation for American Art, Chicago, including 35 paintings that have never been seen in the UK before.

In the Jazz Age of the ‘roaring’ 20s, and the ensuing Great Depression of the 30s, many American artists expressed their uncertainty about the rapid modernisation and urbanisation of their country by producing work that had a cool, controlled detachment and a smooth, precise finish.

This exhibition brings together some of the greatest works ever made by American artists – iconic pieces which reveal this fascinating aspect of American interwar art.”

afterwards I dropped in  on a small exhibition downstairs by a Chinese artist Qu Leilei, some really inspiring work.

Contemporary Chinese artist Qu Leilei (b. 1951), now based in London, was a founding member of the avant-garde ‘Stars Group’ in the late 1970s, and immigrated to England in 1985. This exhibition shows his progression from calligraphic collage to an exploration of a new vocabulary of ink language blending lively brushwork with western technique.

Qu Leilei was born in 1951 in the northeastern province of Heilongjiang, China, and like many other Chinese artists received training in painting and calligraphy at an early age. He started his career as a founding member of the famous ‘Stars group’ in China but it was while living in Britain that Qu Leilei has formed his unique style of ink painting. The exposure to Western art, especially classical sculpture and Italian Renaissance painting, intensified his quest for perfection of naturalistic image of bodily beauty in art. His love of beauty for its own sake, and his long and careful studies of the anatomy and Renaissance old masters, have led to large and impressive life-like figure paintings which are the primary focus of the exhibition.” 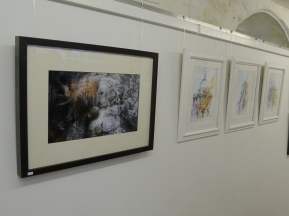 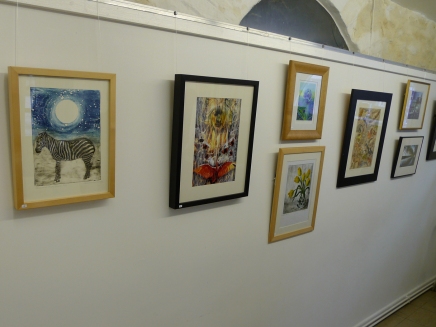 I don’t exhibit my  picture very often, so when our local art group had a print exhibition it was an opportunity to put some of my photo art in, I had a lot of kind remarks and interest into how they had been made, but no sales. I  have always made pictures for me so it was not really surprising. They have moved on to be exhibited in the local Swan Hotel so you never know they might catch someone’s eye there.

First time for everything my daughter brought me a unstretched painting back from her travels. I have just got round to stretching it over a frame, after a couple of goes to get it positioned corectly it worked out fine.

I will have to look into the cost of stretcher bars and canvas next time I need one.